When a stage is ready to execute, the Continua server must pick an agent to run the current stage. When picking an agent the server will always pick an agent that is capable of running every single action in that stage. Continua uses Agent Properties (which are automatically created by Property Collectors) to determine whether an agent can execute each action. 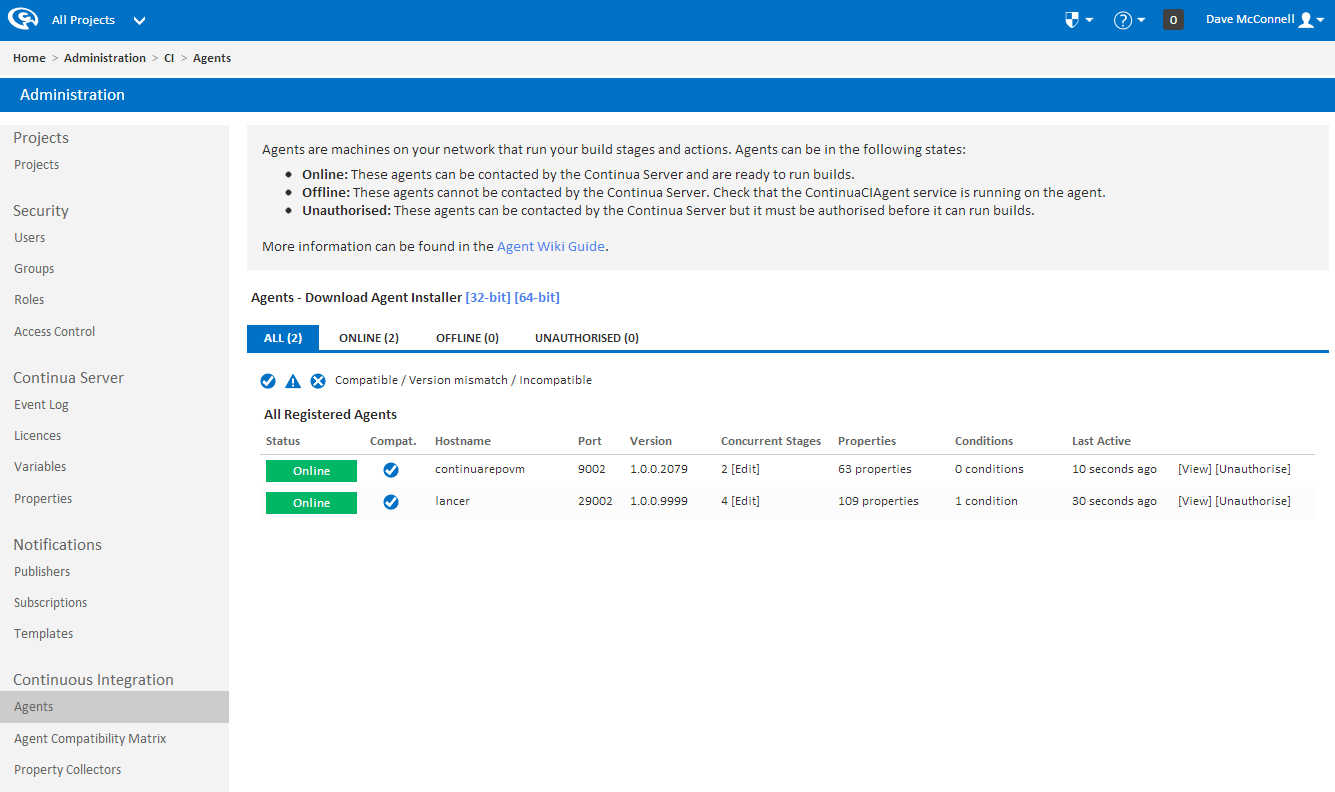 A specific agent can be viewed by navigating to the Agents page (described above) and selecting a particular agent by clicking [VIew]. This will take you to the agent detail page (as shown below). This page provides detailed information on a particular agent including the Agent Compatibility Matrix, Agent Properties and Agent Conditions. 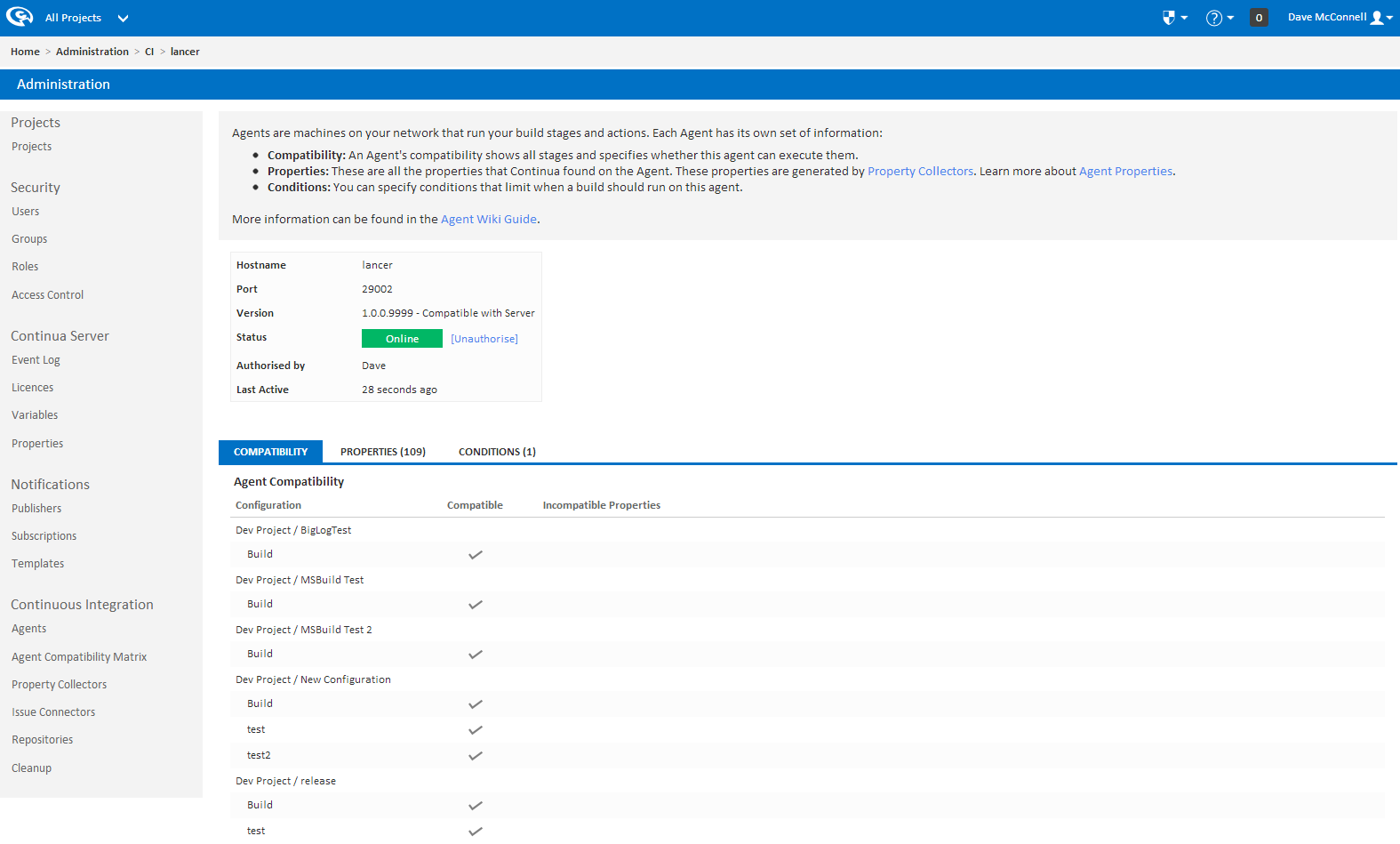 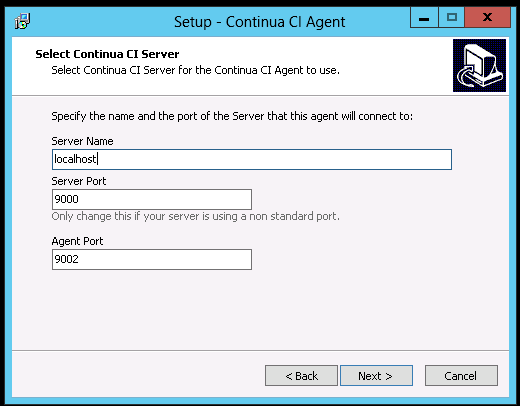 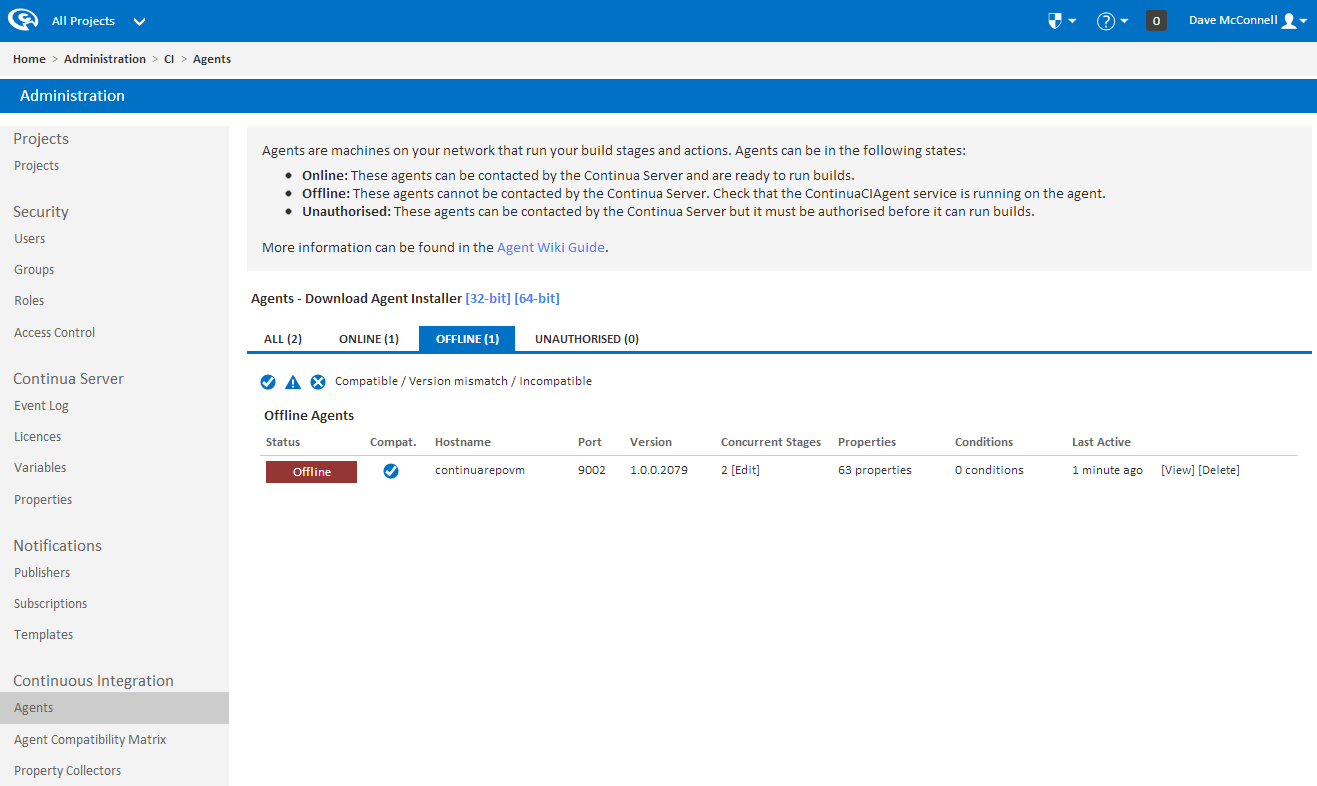