Continua CI has been built with a distributed architecture in mind, which grows as your development workload increases. Continua CI consists of one Server which controls and directs the build workflow, and multiple agents that are responsible for building and running actions. By default, Continua CI will install an agent on the Continua Server so right from the start there will always be at least one agent available to Continua CI.

Continua's distributed architecture only comes into effect once extra concurrent builds have been added to your Continua CI licence. There is only one version of Continua so no matter which price plan you are currently on, you will always have a fully functioning* copy of Continua CI. Where the different price plans differ however is the number of concurrent builds and agents that can be associated with Continua CI. Continua's distributed architecture is only available to users that have installed additional build licences as Continua's free licence only allows users to run one build at a time and this will always be run on the agent installed locally on the Continua server.

Continua CI's distributed architecture is based around the idea that the Continua Server will distribute the workload to all the Continua agents. Once a build has begun, the server gets the first stage in the current build and executes the following workflow: 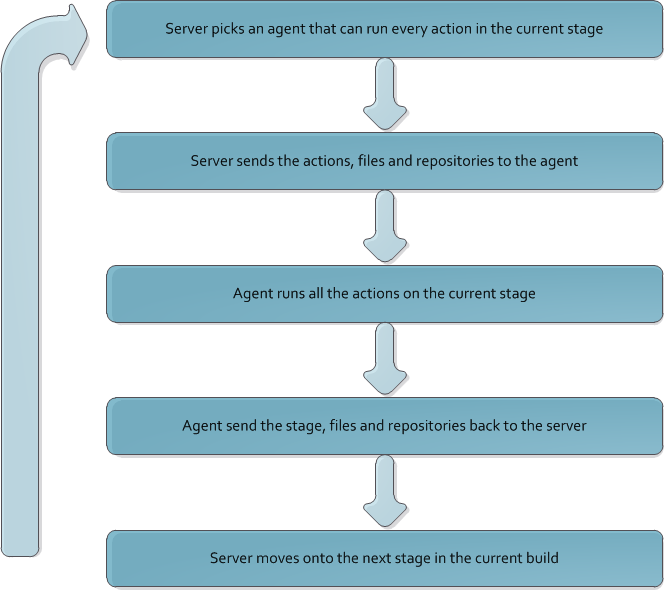