Once you have saved your action workflow you will be directed to the Configuration Activity page as shown below. If you attempted to run a build before we created our action workflow then you should see that our Fail Streak is 1 and 1 failed build was run.

So lets run our build by clicking the Quick Build Button (Fast Forward) in the top right hand corner of the screen. When a build begins executing it is added to the build queue while it searches for a compatible agent that can run all actions in the build's first stage. By default, Continua installs an agent on the server, however additional agent licenses can be purchased to enable distributed builds. Once a suitable agent has been found, the build will be removed from the queue and become a Running Build, as seen below.

Once a build has completed, it will be displayed as either a green or red build, signifying whether the build finished successfully or failed. 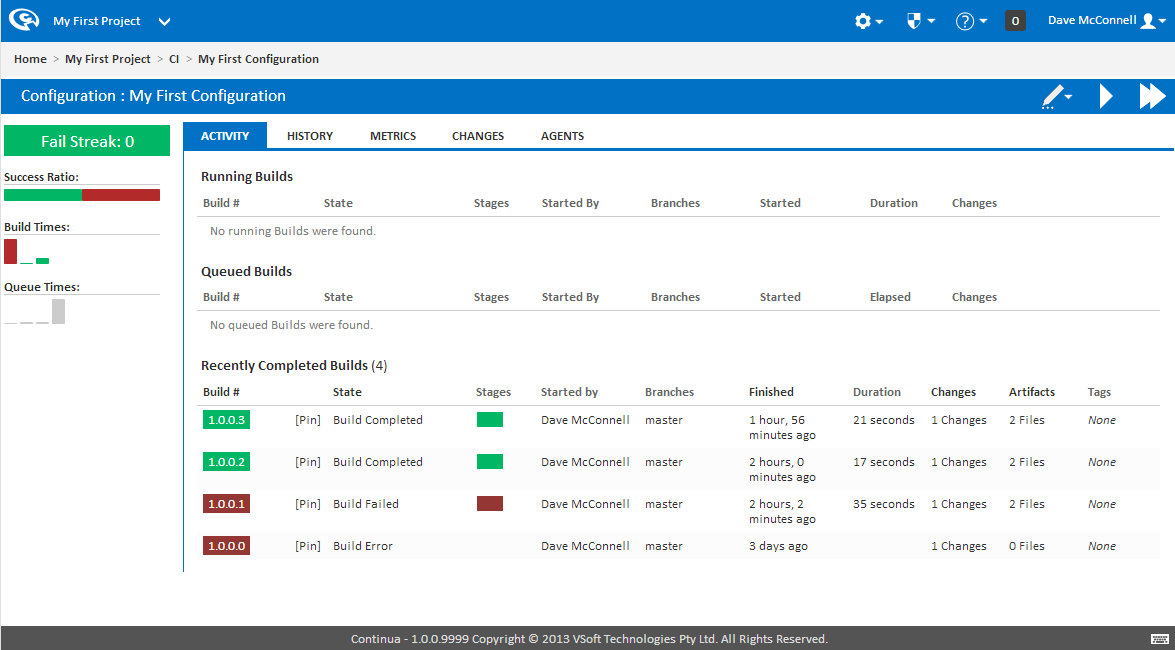