Groups are used in Continua CI to 'group' users into particular roles. This enables administrators to enforce security permissions on multiple users with one click. All users and other groups can be assigned to any groups.

The Groups page can be found in the administration menu under Security. The group's page lists all the groups in Continua and allows you to create, edit and delete them.

When using LDAP or Mixed authentication mode, a link icon is used to denote groups which are linked to a LDAP group.

Clicking the "Create" link will pop up a dialog with all the input fields needed to create a new group. 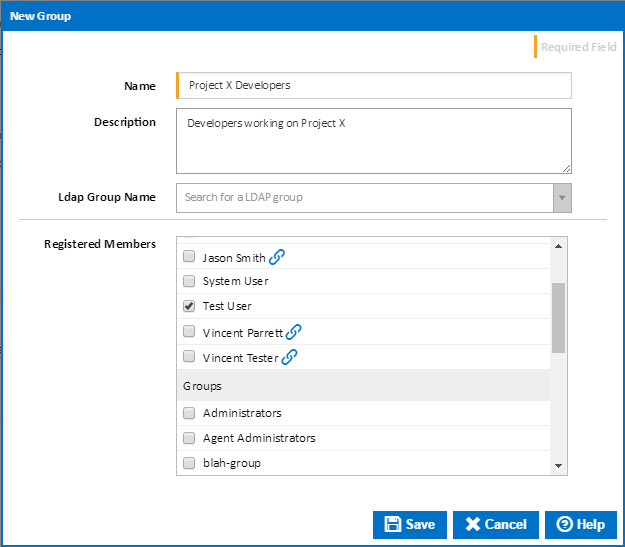 When creating a group you can choose to add members to it. A group allows members to be users and also other groups.

With LDAP or Mixed Mode authentication, you can also pair up the group with a LDAP group by selecting it from the "Ldap Group Name" drop down. NOTE: You cannot add members to a group which is linked to an LDAP group. Membership of LDAP groups can be managed via Windows Administration tools.

Clicking the "Edit" link at the end of each row will pop up a dialog with all the input fields needed to edit the selected group. 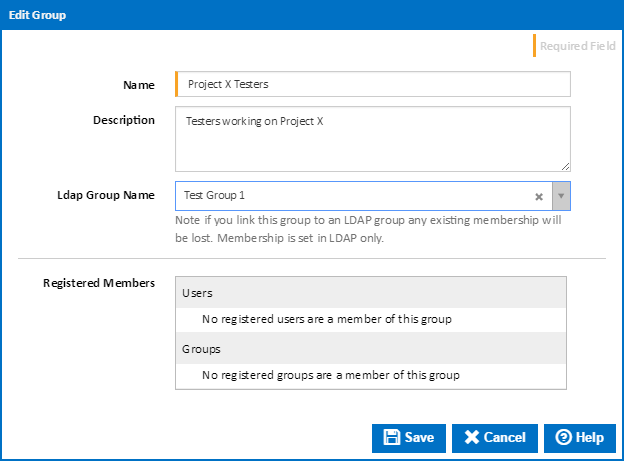 Clicking the "Delete" link at the end of each row will pop up a confirmation prompt. Click 'Yes' to delete the group.