One good use of Try/Catch blocks is to record information about errors, in order to generate a report later in the build. There are several advantages to doing this:

Here's a simple example which builds all the projects listed in a text file. The variable ErrorCount records the total number of errors, while ErrorProjects builds a list of the projects which have failed.

The steps are as follows: 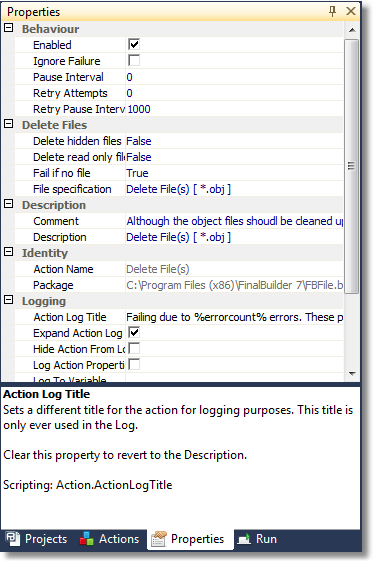