When navigating to the Unit Tests tab and assuming some tests have run, you'll see a web page similar to the one pictured below. 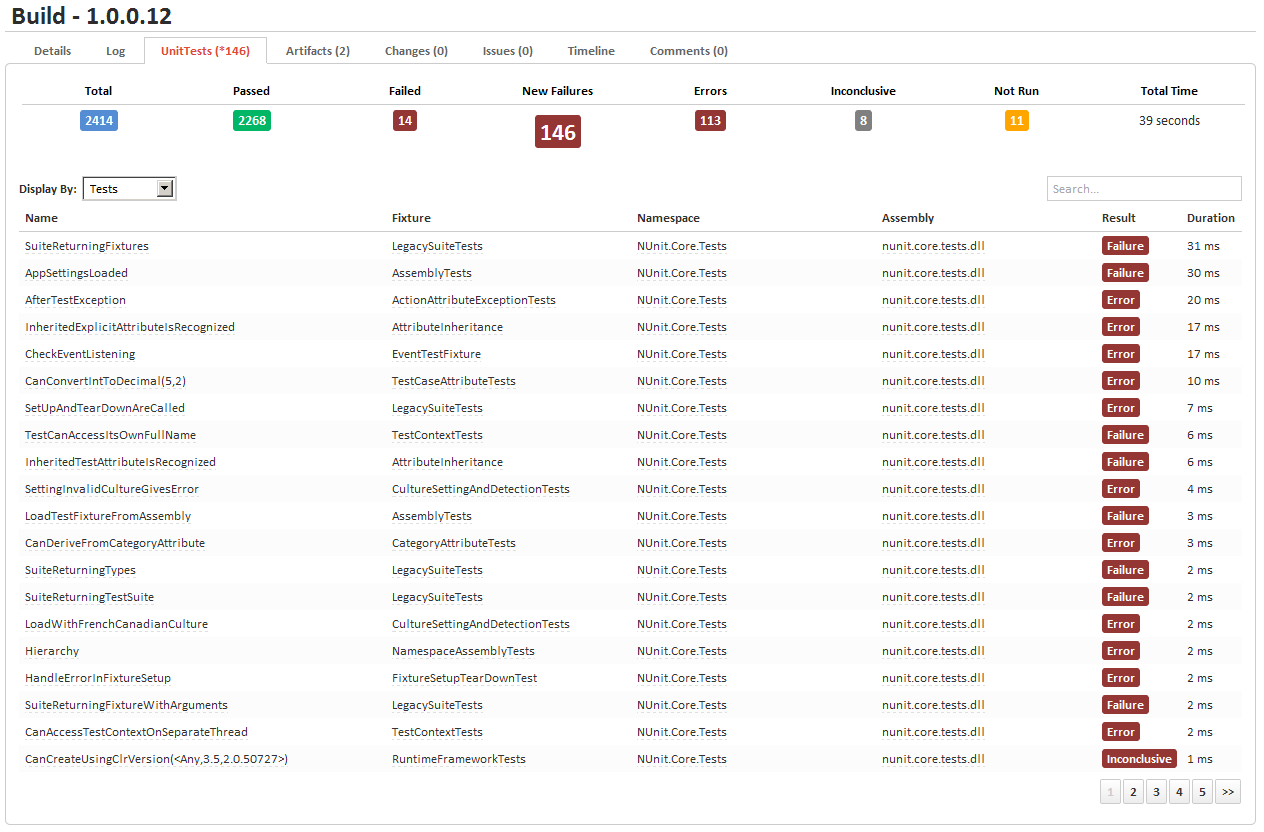 The page is split into two, the top part is the test result header and the table underneath lists the tests. The result header will vary depending on the results of the tests. To keep things simple we've chosen to hide/show certain unit test results in the result header. Unit tests can have many different results so if there are no tests for a certain result we hide it (except for New Failures). Regardless of the test outcomes we always show New Failures as the default view.

Each category in the summary can be clicked which will filter the table below it to only show only those types of tests. Clicking a summary field will also take into account the current filtering of test results.

The Display By drop down changes the way tests are viewed.

tests in that category.

If your tests are grouped and you shelve a

When test view isn't selected you view tests by fixture, namespace or assembly. These 3 are hierarchical so assembly will show just the assembly name, namespace will show assembly and namespace and fixture shows all three. These views have a duration column but substitute the result field for a "Total" field which is a count of the number of tests in them.

group, you will be shelving every test within that group. See the Shelving section below for more information.