A new xml format (.fbx8), much less verbose than the old format. 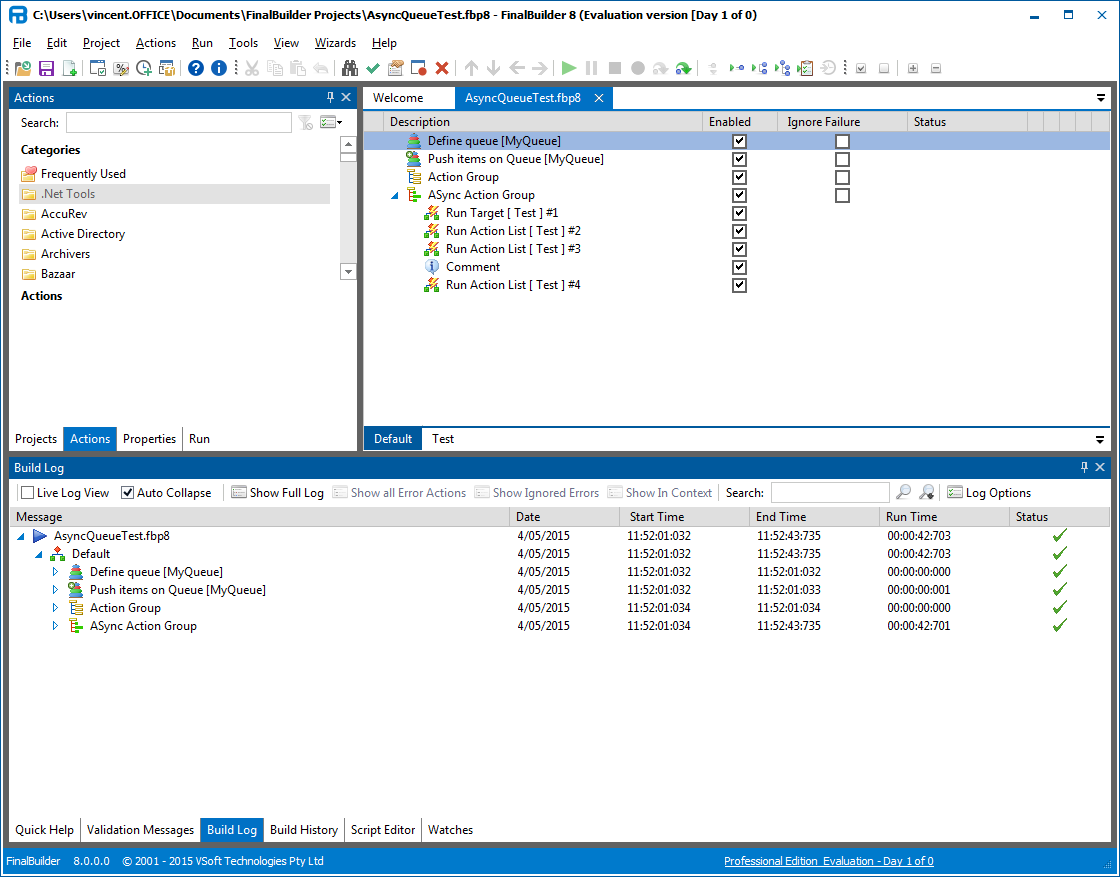 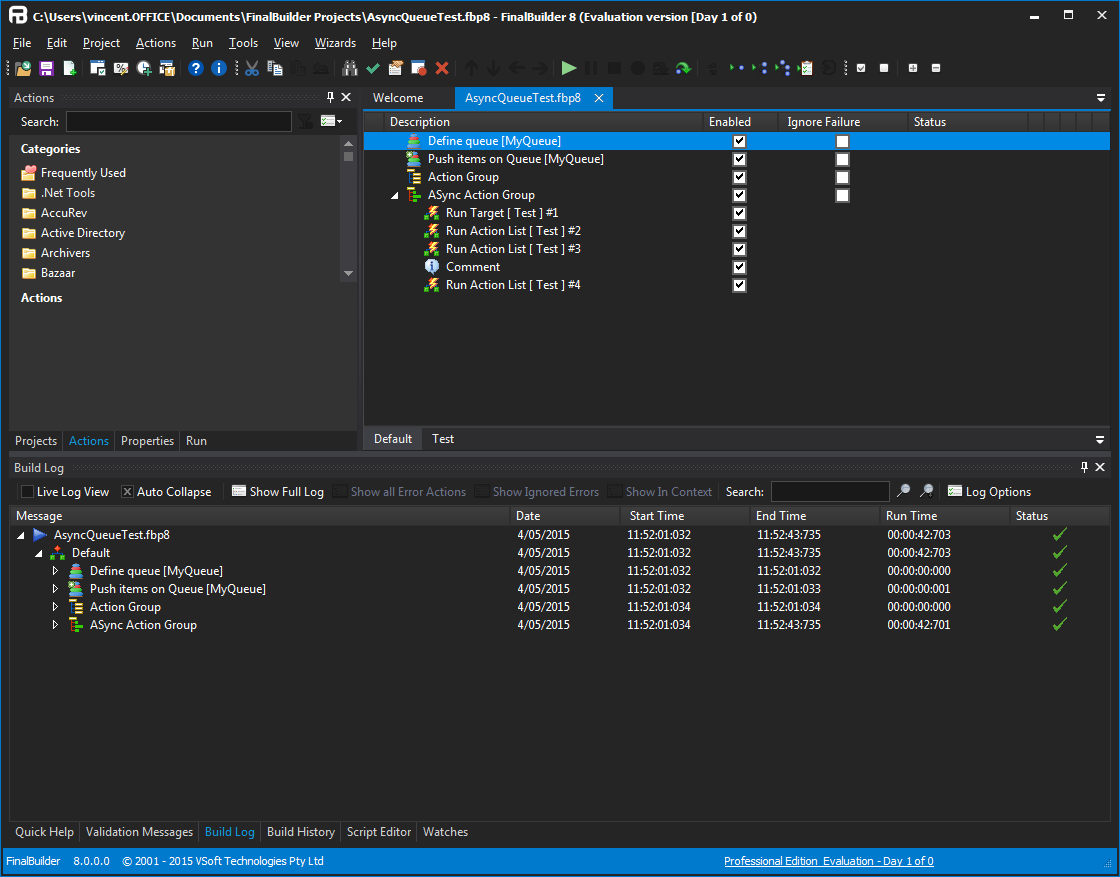 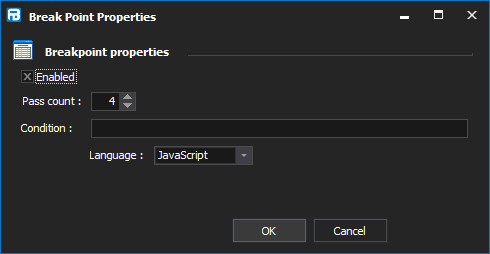 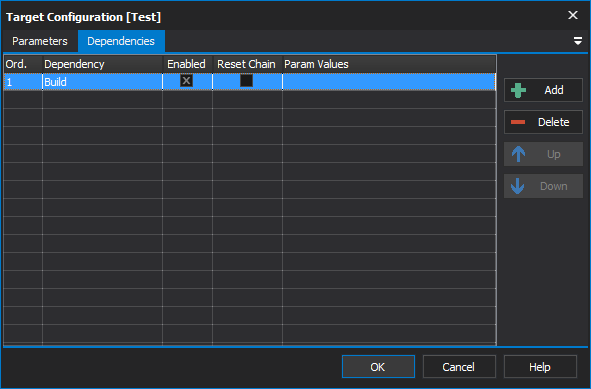 The execution behavior of imported projects remains the same. If OnFailure has no actions, it is still imported however the Run Target action generated for it will be disabled.

New light and dark visual themes (a work in progress). 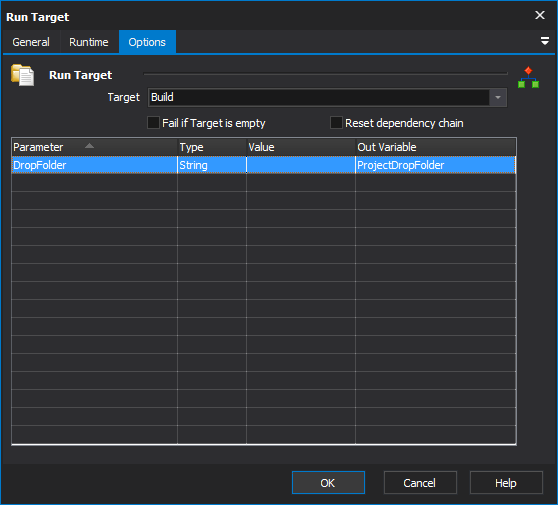 The variables architecture and the expression evaluator were rewritten to resolve several corner case issues that we were not able to resolve in FinalBuilder 7. The expression evaulator evaluator has a new parser that will allow us to more easily extend the syntax in the future.

The User variable namespace was removed, it caused too many problems with projects not running under other users, not running on the build server etc. Use Project variables instead.

Changes to the messaging has allowed us to improve the performance of the IDEstepping engine and logging, with much less thread switching. This also improved the IDE performance.

A new DSL style project file format (.fbp8) .  is now the default format, it is very easy to diff.