A friendly name for this action (will be displayed in the actions workflow area).

Determines if this action will be run within the relevant stage.

Operator to be applied to left and right values of expression.

Tick this to ensure that the case of string values on both sides must be compared when evaluating the expression.

Write the expanded expression to the build log for each iteration

Tick this to write the expanded expression to the build log for each iteration.

This example demonstrates a way to use the while action to repeat the same tasks. All it does is loops 10 times and each time it loops it executes the Delay action. First you need to declare a variable which has the starting value of the loop and also doubles as the counter variable which increments in value each pass of the loop. To do this, create a Configuration Variable called "Counter" and set the Type to Numeric and Value to 0. 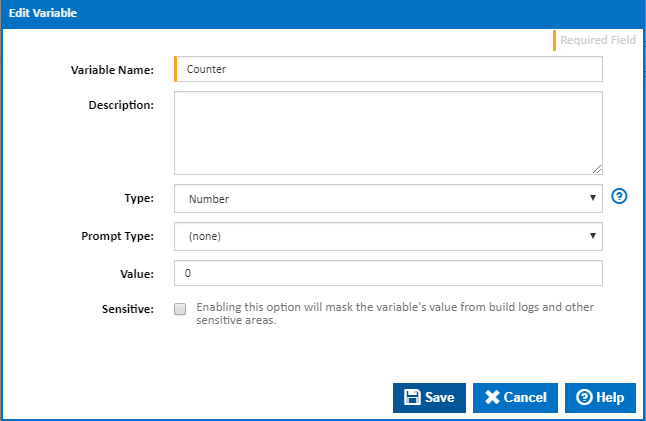 Now head back to the Stage Editor and click the While action. You'll need to select Less Than from the Operator drop down list to get the Right Value input field to appear. The Right Value is straight forward, put in the number 10 or whatever number you would like to count up to. The Left Value will need to reference the Counter Configuration variable we create in the last step. 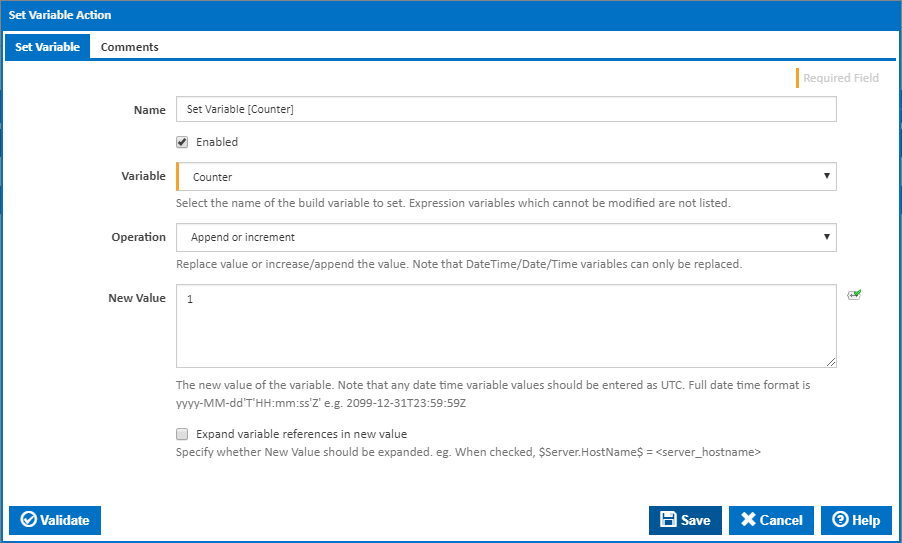 Important: The set variable action and any other action you wanted executed in each pass of the loop should be placed as a child of the while action.

Once you've setup the While action and the Set Variable action, you can begin putting actions in the while loop you want executed each pass. For simplicity I'll add the Delay action. Your final workflow should look like this.