After you set up a A configurable build that can build any one of the products in your suite, the logical next step is to build several or all of them at once, in order. This tutorial shows the general approach.

First, create a new project called something like "MultiBuild". You want to collect input from the user about which builds to run, then iterate over the answer. 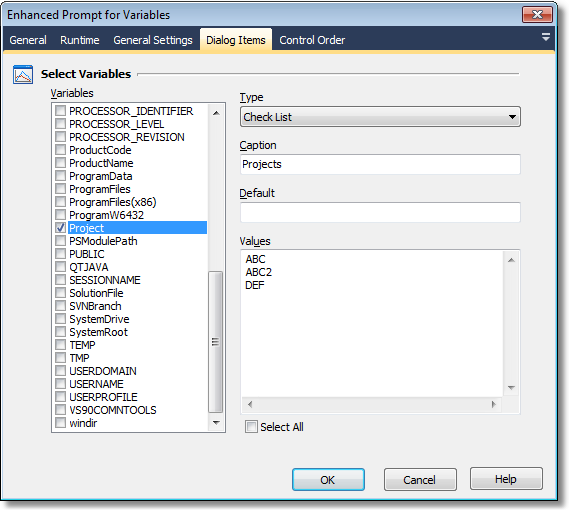 We use an Enhanced Prompt for Variables with type Check List here. At runtime this appears as follows: 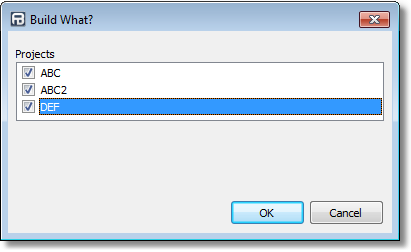 The results of the dialog are saved to the Projects variable, separated by a carriage return/linefeed sequence. That means you can iterate over them with a List Iterator Action. 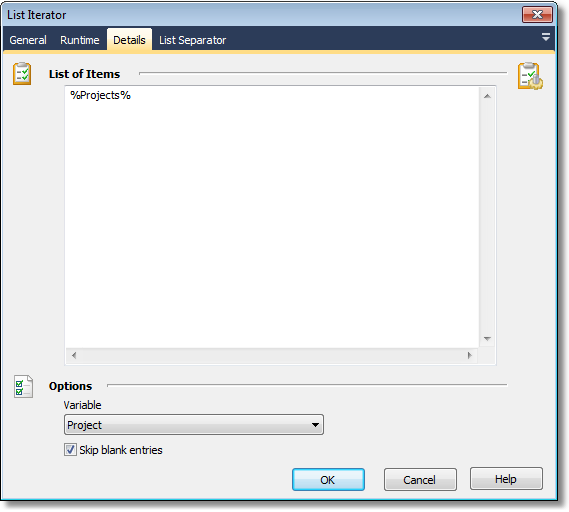 Inside the list iterator, include the project that actually performs the build, passing the build code as parameter: 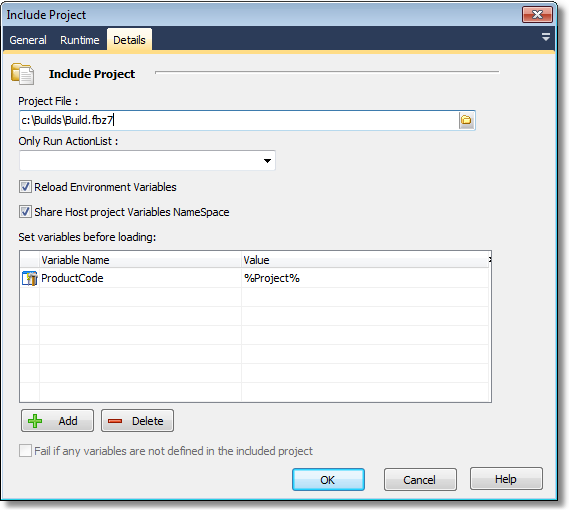 The outline of your project now looks like this:

The final step is to modify your build project (C:\Builds\Build.fbz7 in this example) to accept incoming parameters. You can use the Application Variable ISINCLUDEDPROJECT to determine whether the project should ask the user for input or not.

Now, if the build project is run from the multibuild project, it won't ask the user which product to build - the correct value is already in the ProductCode variable.