The Git Create Branch action allows you to create a new branch. This action is a wrapper for the git command line. For more information on the use and options for this action, refer to the git branch command line documentation.

To create a new branch enter the path to a local Git working folder for the Local repository and specify the New branch name. 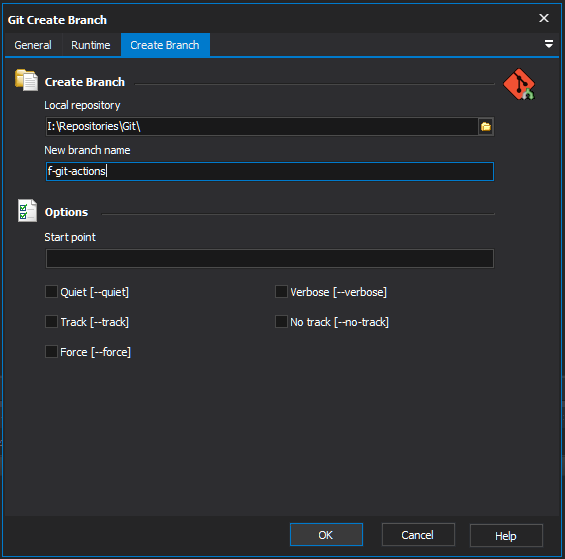 Local repository - Path to the working folder of the local git repository.

New branch name - A name for the new branch to create. The name must be well-formed according to the refname format.

Start point - Set the new branch to point to a commit by providing a commit id, branch name or a tag.

Track - When creating the branch, setup the configuration to mark the start-point for the branch as upstream from the new branch.

No track - Do not setup upstream configuration, even if the branch.autosetupmerge configuration variable is true.

For more information on creating a branch in git, see the git branch command line documentation.