This action (kindly donated by Peter Thörnqvist) is an enhanced version of the here.

By default, interactive actions are not available from the Async Action Groups.

The general settings lets you customise the dialog appearance. 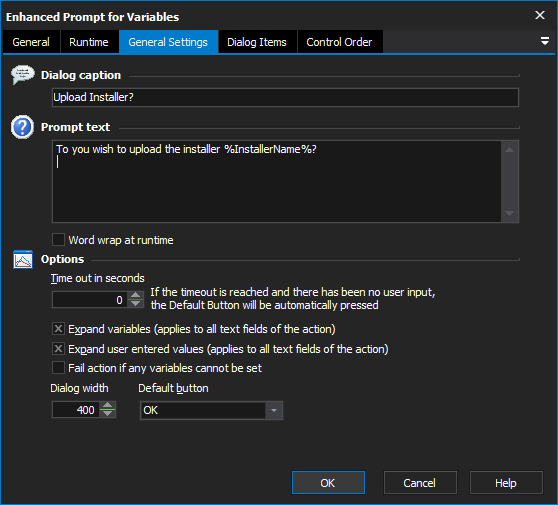 The text to appear in the dialog header.

The text to appear at the top of the dialog (optional).

Set this to automatically wrap the prompt text according to the width of the dialog.

Time Out In Seconds

Check this to replace variables with their value in the dialog

Fail action if any variables cannot be set

Set the width of the dialog at runtime.  You may want to adjust this to a larger width to accommodate large pathnames or other options that require a lot of horizontal space.  Be aware that the size of the dialog isn't too big for your user's monitors. 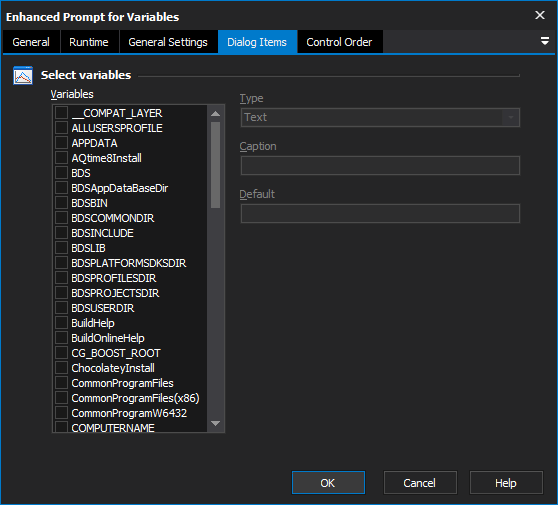 This list allows you to select which variables should be added to the dialog at runtime.  Selecting a variable that is checked allows you to configuring the settings for that variable.

Choose the type of the variable (this determines the control used at runtime).

The default value of the control

Values can have initial defaults (which can be variable values or fixed values.)

For "Check List" type prompts, specify default values as a comma-delimited list of values to enable at runtime. 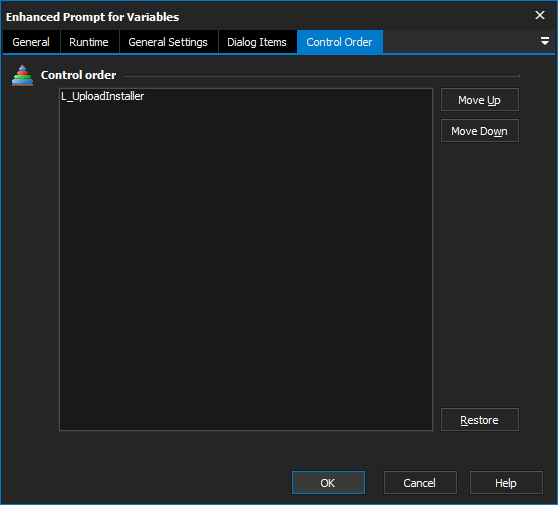 This is the prompt form at Runtime, showing 4 variables. Clicking on the Cancel button would cause the action to fail and stop the run.  Also notice that a timeout has been set and is currently at 23 seconds.