The Append to Variable actions allows you to add more text to the end of a variable, as well as adding a carriage return/linefeed (CRLF) and/or a Tab character to separate the new value.

This action is useful to build up a list of items for use in a List Iterator Action action, or writing lines to a text file. 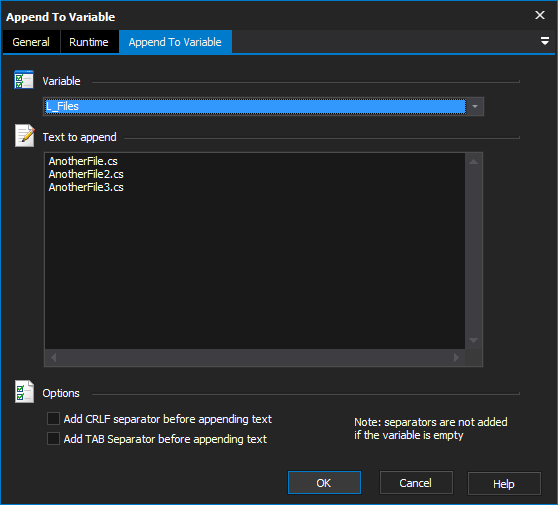 The variable to update, the new value will be added to the end of the existing value.

This is the text which will be appended to the existing variable. FB Variables in this field will be expanded.

Carriage Return and Line Feed characters will be inserted before the text is appended (if the existing value is not empty).

A tab character will be inserted before the text is appended (if the existing value is not empty).